Casting Prediction: Morgan Freeman will be cast in 'The Lost Symbol' 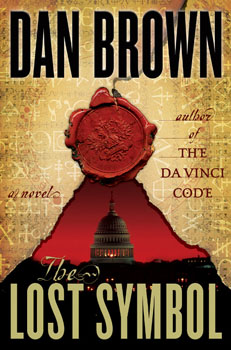 I am precisely 234 pages into Dan Brown's latest thriller The Lost Symbol (in other words, don't spoil it for me) and I'm already calling it. The role of Warren Bellamy (the Architect of the Capitol Building) will be filled by Morgan Freeman.

Dan Brown's previous two books centered on symbolist Robert Langdon, Angels & Demons (on DVD/Blu-ray on November 24) and The Da Vinci Code, have already been made in Hollywood blockbusters and Sony already has the early Summer of 2011 penciled in for a release date of The Lost Symbol. Tom Hanks is already set to reprise his role as Langdon and I just saved Sony a bunch of time and money in casting one of the other key roles.

Bellamy is described in Brown's book as "an elderly African American man" with "close-cropped graying hair" and "lithe and slender, with an erect posture and piercing gaze that exuded the confidence of a man in full control of his surroundings." I'm surprised Mr. Brown didn't just add "with freckles" as it's immediately clear to me who Dan Brown had in mind when he wrote the character.

Beyond the obvious physical description, there are a couple of scenes (thus far) in which he shares with Robert Langdon that will be very hard to sell without an actor of Freeman's stature standing opposite of Hanks. 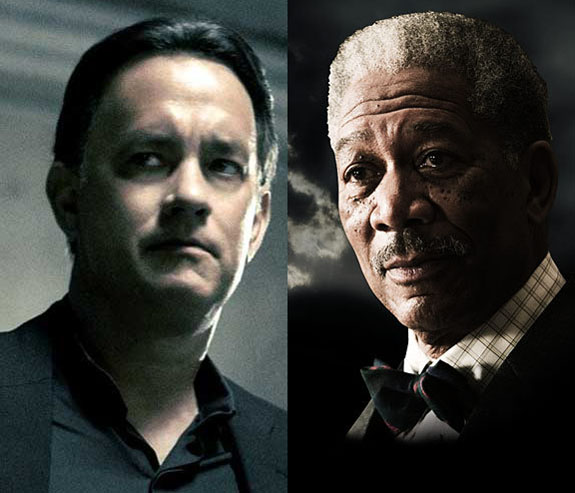 I even went so far as to pull a couple of recent shots to sell the point above. That's Hanks in character in Angels & Demons and Freeman from Batman Begins. To me, it's a home-run.

So, have you read The Lost Symbol yet? If so, tell me that I'm wrong or do you agree with my casting?

I'm sure that a lot of negotiations and paperwork needs to be worked out between now and then, but for me, I'm convinced and I'm calling it a done deal. Sony, you can send me my check at the following...