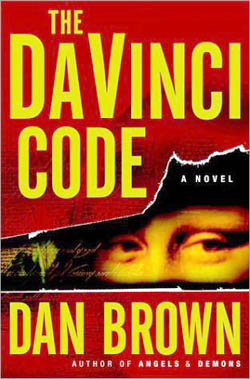 According to Variety, Sony Pictures is moving forward with plans to bring the third Robert Langdon adventure to the big screen. If fans of author Dan Brown's The Da Vinci Code and Angels & Demons are left scratching their heads, they would have good reason to.

Those two books/movies are the only ones currently available, but that didn't stop Sony from announcing that they intend to make the third movie The Lost Symbol which is assumed to re-team actor Tom Hanks and director Ron Howard.

Announcing sequels without scripts isn't new territory for Hollywood, but usually when said movies are based on a series of books, they tend to wait until the books are released.

Coincidentally, Sonny Mehta, chairman and editor-in-chief of the Knopf Doubleday Publishing Group, announced today that book version of The Lost Symbol is set to be published on September 15. Given an aggressive turnaround, we expect the third Robert Langdon film to hit megaplexes in May of 2011.