Social Friday: Where in the world is John Couture? (Story updates Friday)

Pat yourself on the back. You made it through 2008. And in one piece.

I rang in the New Year quietly at home with my family. Conversely, my cohort John Couture brought in 2009 with a bang. He made the trip from Tennessee out to California.

John, or "Cooter" as we affectionately call him, made the trip to San Diego for a one-night reunion of the band The Rugburns with Steve Poltz.

As a matter of fact, John is still out in sunny CA. He's made the trip up to Los Angeles to take in some movie-related tourist attractions. Thankfully, he's letting us come along for the ride with photos and updates from the road.

John has even gone to the trouble of mapping out his path using a cool app named JourneyCast (iTunes link) on his GPS-enabled iPhone. You can follow Cooter's Great California Adventure online at this special web site. (Don't worry, your boss won't care if you are voyeuristically watching updates from someone named "Cooter.")

Here's where you can help. Do you have suggestions for places John should visit in and around L.A.? Obviously, any movie-themed destinations would be great. I believe John is driving up to San Francisco so anything between there and the O.C. is fair game.

Send in your suggestions and we'll pass them along to Cooter.

I, on the other hand, we'll be here in cold, dismal Indianapolis to be your master of ceremonies for this Social Friday. I'll be back very soon with a Cooter road report.

Photos from John on his movie-fueled trip have started to roll in. 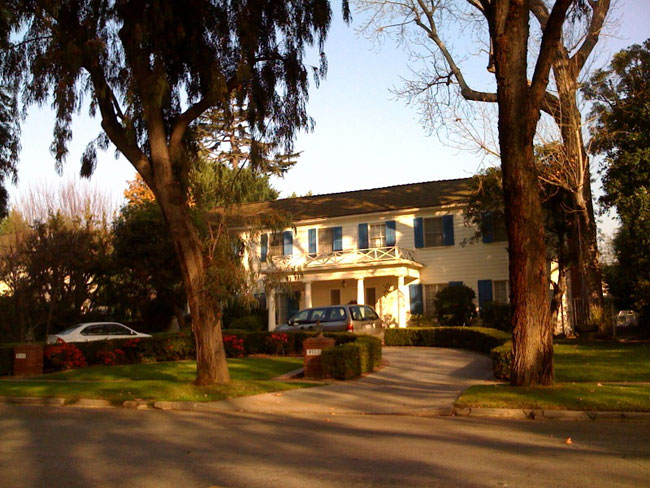 We should have another update from John shortly but in the mean time, let's get back to business with a few reader emails...

You refer to Wolverine as an anti-hero. To the contrary, Wolverine possesses numerous heroic qualities: bravery, determination, strength, perseverance, cunning, endurance, good looks, leadership, et cetera. An anti-hero lacks traditional heroic qualities, whereas Wolverine has them in abundance. Think: Travis Bickle in Taxi Driver, Alex in A Clockwork Orange or even Charles Kane in Citizen Kane. An anti-hero is neither cool nor tough.
-- Lance

I really didn't think of the term anti-hero in the classical sense. I thought of it more as a protagonist that doesn't fit the knight-in-shining-armor mold. A hero with selfish motives like Han Solo in Star Wars.

You are absolutely right. Wolverine isn't an anti-hero, as in the antithesis of a hero. I guess I was opting for a broader definition.

I appreciate your feedback and clarification. You're obviously the type of intelligent and thorough reader we love to have.

Update #3: Who wants to watch the Watchmen?

i could care less about the movie watchmen. if it gets shelved its no big loss. the characters are chep carbon copy write offs of other popular comic super heroes. so if this necer makes it to the big screen. it wont be missed. and will be easily forgotten.
-- DJP, Eliot, ME

If Fox paid for the rights to Watchmen, I think they should be awarded that amount from Warner Brothers, but no more than that amount. Obviously, Fox couldn't get the project done, and WB did, so just because this movie looks like a hit, I don't think Fox should benefit from the work WB put into it. The rights weren't worth much when Fox held them, which is probably why they waited until now to complain about not being paid.
-- Matt, Minneapolis, MN

I think that Fox and Warner Bros. need to reevaluate the importance of the fan base. The movie business has been suffering a downward trend lately, what with the economy going south as well as the allure of DVD when confronted by rising movie prices. The Big production companies need to realize that a movie as anticipated as this one being shelved due to legal nonsense would dictate to fans just how much they care so little about us and more about the all mighty dollar. I have read the Watchmen Graphic novel, and quite frankly wasn't all that impressed, but there are a multitude of fans out there holding this film in high regard with much anticipation... why forget about them in lieu of the drama?
-- Tom, Myrtle Beach, SC

Like DJP, I'm going to ruin my geek cred. I was always a Marvel fanboy but I never really understood the Alan Moore fascination. Perhaps he was just too cerebral for me.

Despite what John mentioned in his article, this should be wrapped up pretty soon. Warner is going to float a check to Fox and everything will be dropped. The only question is the amount of that check.

I have no doubt Watchmen will be in theaters on Mar. 6, as planned. 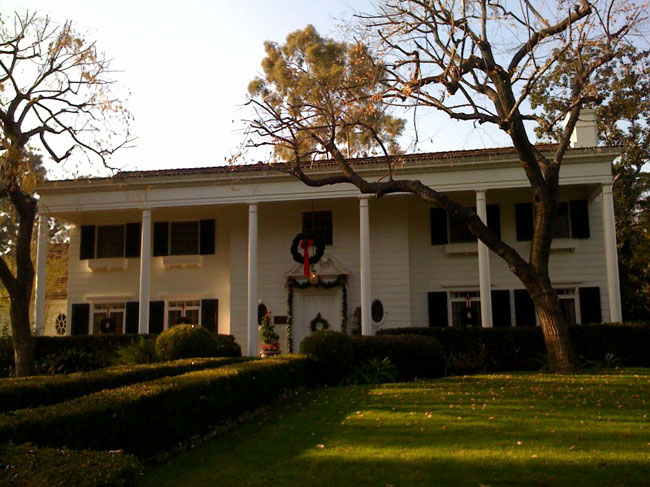 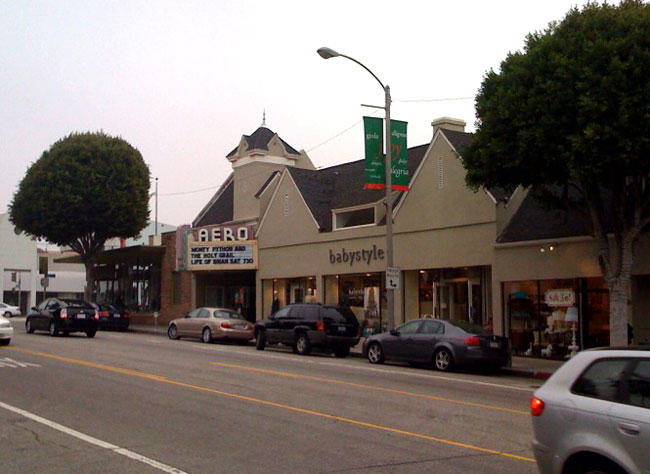 The Aero theater from Donnie Darko. They're currently playing Monty Python and the Holy Grail and Life of Brian.

Well your point is valid you also neglected to do the numbers by a pure profit standpoint. looking at the budget to money generated values The Dark Knight had a pure profit of 345 million dollars that is 25 million more than Twilight, Fireproof, HSM3, and Hannah Montana's profits all added together. so regardless of it only being 3 and a half times the profit in one respect the pure profit of the movie is where it counts. imo. thanks.
-- Philip, Albuquerque, NM

Everyone is losing money. The nation is in a terrible downward spiral. I have thought about how this will change my regular movie watching schedule. Well, after thinking about it for a while. I finally figured it out. We all know someone who isn't entirely suffering in the money department. I say that we movie-goers whose wallets aren't stuffed should manipulate them into taking us. Just watch Thank You for Smoking and follow Aaron Eckhart's example.

The answer is either that, or boycott the theatres until they lower those ridiculous prices.
-- Ryan, Sacramento, CA

With the gorgeous presentation blu-ray provides, staying at home with a rental or a purchase is usually the better option these days, but for those blockbusters that you just can't wait for, you still have to catch them in the theatres (ie Wolverine). For the cost of three movie tickets today you could purchase a blu-ray. How wrong is that? The studios need to recognize that they will make more money by lowering ticket costs during these tough times, allowing consumers an affordable option on a Friday or Saturday Night. Won't happen, but that's what I think.
-- Eric, Shawnee Mission, KS

There are two trends I'm going to follow in 2009. One, will the movie studios continue to pay big production budgets in hopes of smash blockbuster or will they divide that purse amongst many smaller films? In other words, will they try for a half dozen Dark Knights or 10-15 Twilights?

I have a feeling they'll do both (just as they've always done) but they'll begin to limit the number of big budgets on their schedule. Instead of 5-6 $100 million projects, they'll half that to cut costs.

Second, I'm very curious to see how this economy affects the movie industry (for obvious reasons). Will people continue to flock to theaters and will they continue to snap up new release DVDs? They always say that entertainment is recession-proof but I'm not so sure. We're already seeing that the video game industry is the big winner in this current financial climate. I'm betting DVD rentals (whether it be Netflix, PPV, Redbox, or the local mom-and-pop video store) will rise as well.

Certainly, I'd love to hear everyone else's opinions on these subjects. Meanwhile, I can promise you another movie location photo from Cooter very soon. 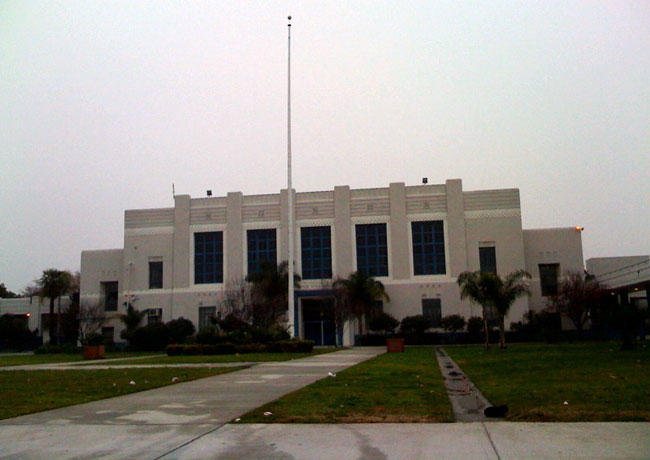 The high school from Grease 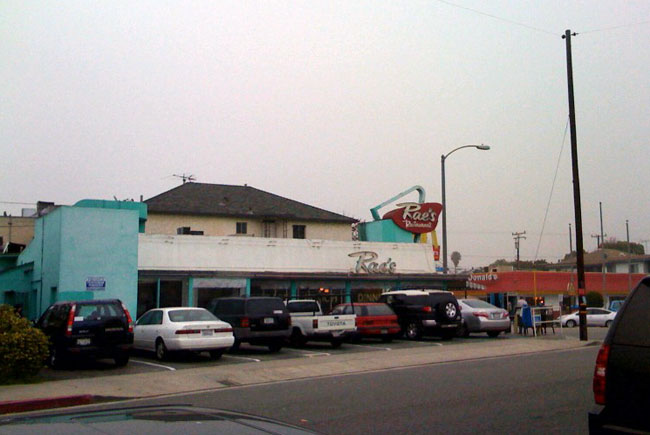 Rae's Diner. Christian Slater and Patricia Arquette get pie here after the movies in True Romance 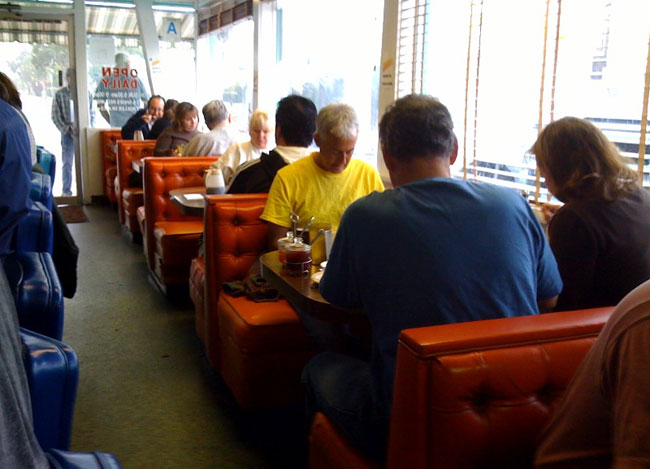 The interior of Rae's 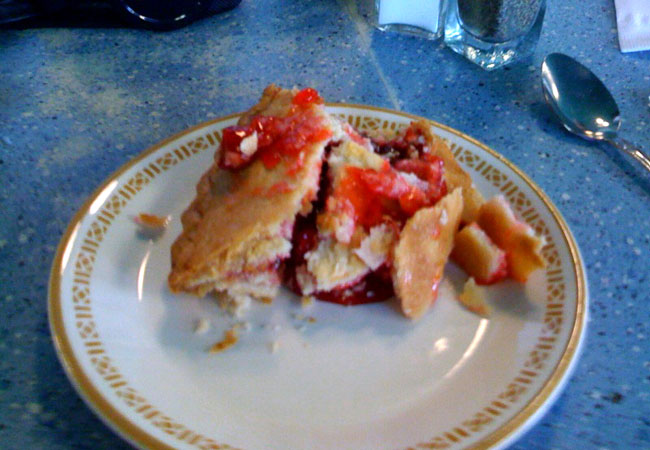 Of course John had to order pie. 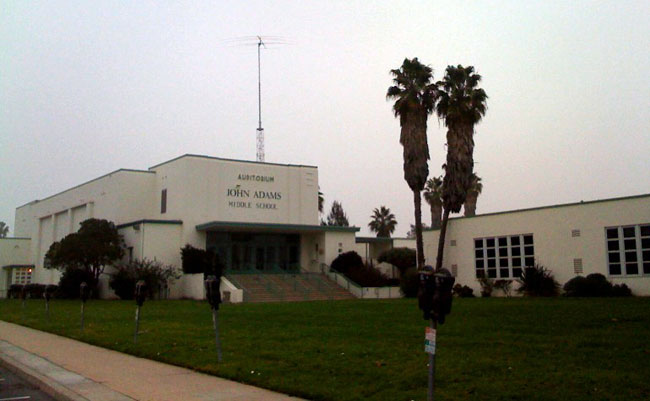 John Adams Middle School. From Heathers where Winona Ryder blows up the school and lights a cig from the flames. A real Christian Slater theme here in Santa Monica.

Update #9: Back to the Mall 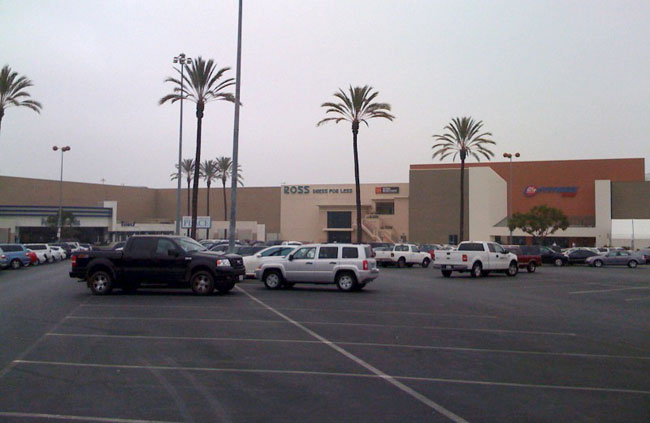 The "Twin Pines Mall" from Back to the Future where Marty begins his trip in the Delorean. (Photo from the movie below for reference.) 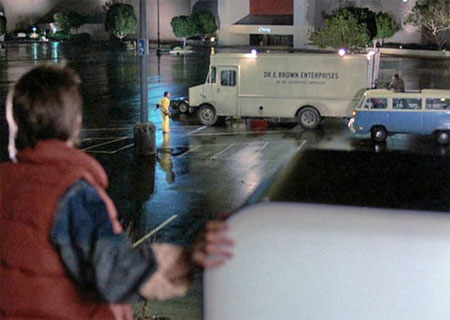 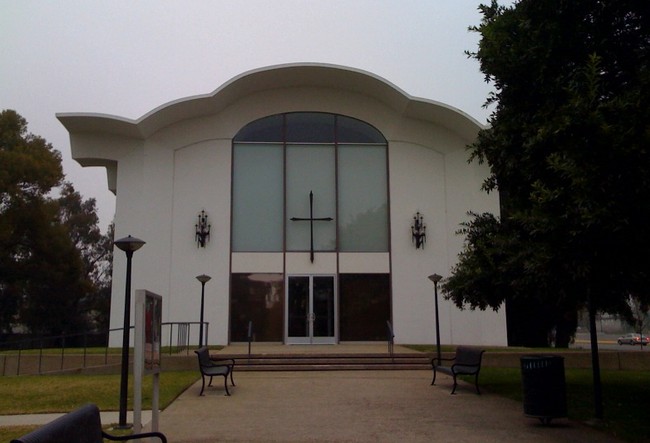 The church from The Graduate. And Wayne's World 2 and every other spoof of the famous scene. 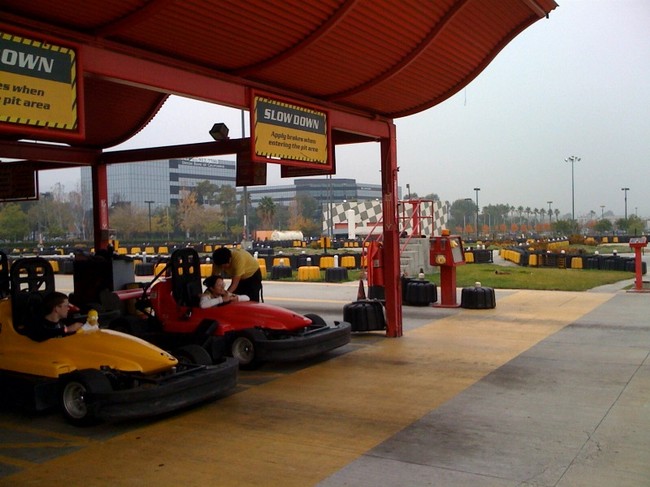 SpeedZone as seen in the go-kart scene in Clerks 2. (It was also a location in Guess Who.)