Pusher 3: I'm The Angel Of Death 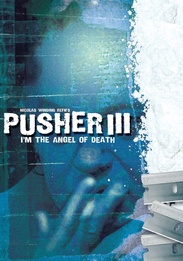 In the third and final chapter of Danish filmmaker Nicolas Winding Refn's acclaimed Pusher trilogy, the focus shifts from disgraced gangster's son Tonny to feared Serbian crime lord Milo. First seen in the original film as a vicious underworld heavy with a thirst for blood and a sadistic mean streak, Milo's violent professional life couldn't stand in starker contrast to his henpecked home life. From catering to the constant demands of his spoiled daughter, Milena, to watching over his shiftless henchmen and cooking his helpers some questionably prepared samosas, Milo's notorious street reputation can't hold a candle to his reputation for being quite a softie around the house.