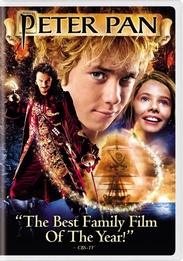 A boy who doesn't age and his fairy Tinkerbelle gives three London children the ability to fly and follow him to Neverland.

Once there, the four of them lead the Lost Boys against the evil Captain Hook and his henchmen in one final battle for supremacy in Neverland.