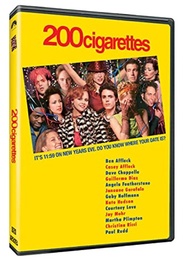 Dive into this wildly hip comedy about the quest for Mr. or Ms. Right or at least for Mr. or Ms. Right Now. It's New Year's Eve 1981, and a wild assortment of twentysomething characters are looking for romance in NYC's rollicking East Village. Can a poser, a hunk, a teeny bopper, a gabby cabbie, a cute klutz, and a bevy of toocool-to-cope artists find love before the stroke of midnight? The surprising - and delightful -answers will be revealed in the clear light of the morning after.