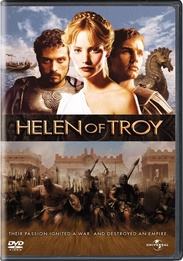 One of the most epic adventure stories of all time comes powerfully to life in this original four-hour epic-series. Filmed in exotic locales with an international cast and featuring state-of-the-art special effects, Helen of Troy depicts one of the greatest battles ever fought to win the love of the world