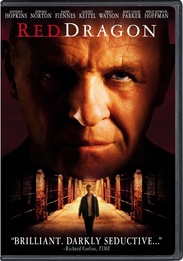 Before the Silence of the Lambs comes the first and most thrilling chapter of the Hannibal Lecter trilogy. FBI agent Will Graham has been called out of an early retirement to catch a serial killer, known by authorities as "The Tooth Fairy".

He asks for the help of his arch-nemesis, Dr. Hannibal "The Cannibal" Lecter, so that he can catch "The Tooth Fairy" and bring him to justice. The only problem is that "The Tooth Fairy" is getting inside information about Graham and his family from none other than Dr. Lecter.