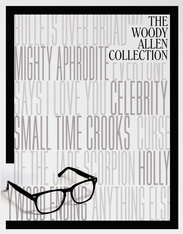 The Woody Allen Collection brings together eight classics from 1994 to 2003, Filled with comedy, romance and music, while taking you along on a ride to New York, Paris, Venice And Sicily. These films have garnered numerous nominations and awards, for writing, directing, acting, and design.