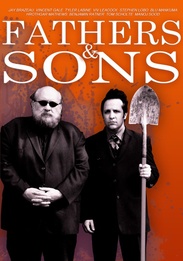 A middle-aged Jewish man meets his father for the first time at the funeral of his mother. A South Asian accountant introduces his white fiancÃ© to his father a gay, Bollywood choreographer. A recently-bankrupted Wall Street broker has come home to borrow money from his music-teacher father. Four brothers gather at the paternal home to pay their last respects and to collect their inheritance. These four stories are interwoven in Carl Bessai's Fathers & Sons, a heartfelt look at fatherhood, brotherhood, and what's most important about life.