Crossroads: A Story of Forgiveness 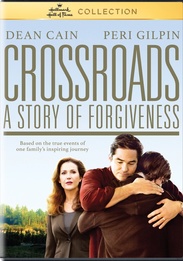 Based on the true story of Kansas City contractor Bruce Murakami. On November 16, 1998, Bruce's wife Cindy and daughter Chelsea are killed in a street accident by drag-racing teenager Justin Suarez. Despite the admonitions of Bruce's surviving sons Brody and Josh, and those of family friend Melissa, the bitter, vengeance-driven Murakami hires attorney Erin Teller to see to it that Suarez is punished to the full extent of the law. But during the boy's trial, Bruce experiences an epiphany and realizes that revenge is not the answer.