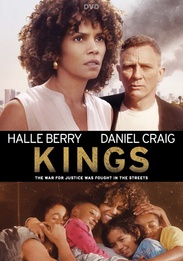 Los Angeles, 1992. In South Central, Millie (Halle Berry) is the single mother of a dozen children. Jesse, her eldest, is fighting with newcomer William over a beautiful runaway they meet at school. On television, the Rodney King trial is in full swing and has captured the attention of the nation. Desperate to keep her family safe as riots erupt around the city, Millie seeks help from her eccentric neighbor (Daniel Craig). When the accused are acquitted, the city explodes, and our three young heroes' romantic tribulations mingle with the fireworks that ignite the country.

Rated R for violence, sexual content/nudity, and language throughout.