A Prayer Before Dawn 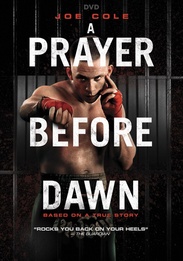 A PRAYER BEFORE DAWN is the remarkable true story of Billy Moore, a young English boxer incarcerated in two of Thailand's most violent prisons. When the prison authorities allow Billy to participate in Muay Thai boxing tournaments, Billy goes from one savage fight to the next in a relentless, action-packed journey to preserve his life and regain his freedom. Shot in an actual Thai prison with a cast comprised of real inmates, A PRAYER BEFORE DAWN is an unforgettable ride through hell on earth.

Rated R for strong violence including a brutal rape sequence, drug use and language throughout, some sexual content and nudity.

Released by Lionsgate and A24 Films. See more credits.