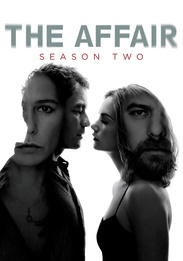 THE TRUTH IS SUSPECT With a murder unsolved and a betrayal exposed, the truth is suspect in 12 stunning Season Two episodes of the Golden Globe®-winning drama. Shifting between the perspectives of Noah (Dominic West), Alison (Ruth Wilson), Helen (Maura Tierney) and Cole (Joshua Jackson), the story now reveals the complex family ties, passionate betrayals and vengeful emotions that have resulted from the illicit summer liaison. And as the two estranged couples try individually to plan for the future, a new series of deceptions will once again force them to question everything they believed.