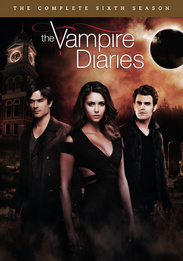 After spending an entire summer heartsick, grieving the loss of both her boyfriend and her best friend to the Other Side, Elena returns to Whitmore College for her sophomore year determined to move on. But Damon refuses to give up and makes his way back to Elena's side, only to realize he'll have to make her fall in love with him all over again. With Bonnie trapped in the prison world, Stefan on the outs with Caroline and Mystic Falls under an anti-magic spell, convincing Elena to start over will be no easy feat. Fall under the spell of Season 6 with all 22 seductive, supernatural episodes filled with heartbreaking loss, joyful reunions and powerful magic.