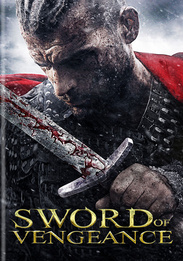 From the creator of HAMMER OF THE GODS, starring Stanley Weber ("Borgia") and Annabelle Wallis (ANNABELLE) comes the story of a Norman prince, freed from slavery, who seeks revenge on his father's murderer his ruthless uncle, Earl Durant (Karel Roden). Gaining the trust of a band of exiled farmers, he leads them into battle against Durant, exploiting them in his quest to satisfy his code of honor. Will the prince sacrifice everything and everyone to quench his thirst for bloody retribution?