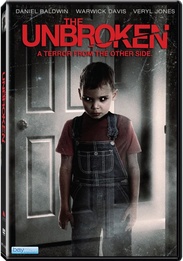 Sarah Campbell has to start her life over again after a messy divorce leaves her broken, lost and alone. After moving into a neglected apartment, strange things begin to happen including visions of a little boy in the mirrors. Passing them off as her imagination, things intensify when she starts to have nightmares of torture by a shadowy figure. As her dreams become more vivid, so do her encounters with the ghostly child who begins to terrorize her and cause accidents wherever she goes. Through an encounter with her charming neighbor (Daniel Baldwin), Sarah realizes that she may be the shadowy figure that she has been dreaming about. And that the little boy may be a messenger from the other side with a horrifying secret.