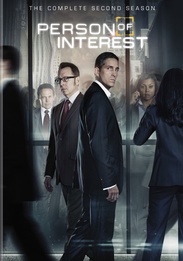 The Machine delivers another gripping season's worth of potential criminal targets for the Person of Interest team. With Finch missing - kidnapped in last season's finale cliffhanger - Reese enlists Detectives Joss Carter and Lionel Fusco to join the search for his friend on the second season premiere. Will Reese and his team find Finch before it's too late? Or will Finch's kidnapper learn of The Machine's location first? Who will be the next person of interest? Find out in these 22 riveting episodes of Season Two!