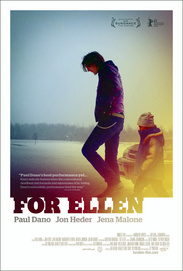 Aspiring rock star Joby Taylor (Paul Dano) has wanted nothing more than to "make it", having flirted with fame but never crossed over into true success. In the midst of a low period in his life, he agrees to sign divorce papers with his estranged wife (Margarita Levieva) in order to see money from the sale of their home, only to discover that by signing the papers, he will forfeit all custody of his six-year-old daughter, Ellen (newcomer Shaylena Mandigo). With a good-natured lawyer (Jon Heder) unable to make headway in reversing the decision, and a girlfriend (Jena Malone) that represents an era of his life that he might be ready to graduate from, Joby negotiates a visit with his daughter to explore whether he is able to walk away from his child, and whether it might be too late for reconciliation.