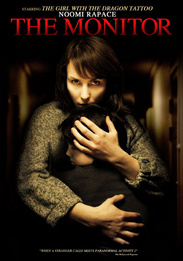 After escaping an abusive husband, Anna and her 8-year-old son move to a secret location in a giant apartment building. Terrified that her ex-husband will find them, she buys a baby monitor to keep in her son's room at all times. But strange noises echo in the baby monitor from elsewhere in the building. As she witnesses the sounds of what she believes is another child being murdered, she fears it is her own. Reliving the nightmare she recently escaped, Anna will need to figure out what's real and what isn't before she loses her sanity and her child.

Rated R for some violence.