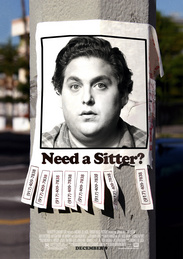 When the world's most irresponsible babysitter takes three of the world's worst kids on an unforgettable overnight adventure through the streets of New York City, it's anyone's guess who's going to make it home in one piece. THE SITTER is a new level of twisted and debauched hilarity from the director of Pineapple Express.