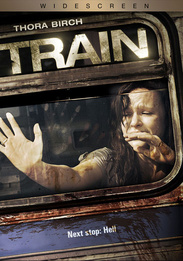 Touring Eastern Europe with her college wrestling team, Alex (Thora Birch) attends a debauched late-night party that causes Alex and several teammates to miss their train to Odessa. Her coach is furious, but a mysterious woman offers the coach and wrestlers a ride on an alternative train. The coach agrees, and the athletes, exhausted and hung over, gratefully climb aboard. But the train harbors a deadly secret, and for Alex and her fellow passengers, a blood-soaked nightmare is just beginning.