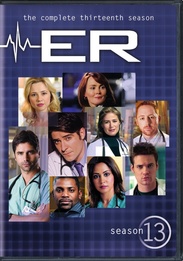 Shaking things up: Former paramedic, now intern Dr. Tony Gates arrives with a straightforward attitude and a complicated personal life. Except for his devotion to healing, he's Gallant's opposite: brash, cocksure, with a bad-boy past - and maybe he's the right prescription for Neela's broken heart. Really shaking things up: Contentious Weaver leaves County General for a career move you wouldn't expect. And the profound dramas of the outside world continue to make their way to the ER, including a hostile patient whose real condition is a secret even to himself, homeless children who escape to a magic world of their own making, and a Christmas miracle. Then again, miracles happen every day at County General.