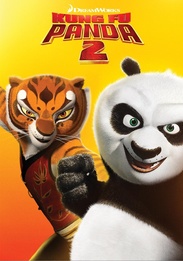 Jack Black is back as Po in DreamWorks' Kung Fu Panda 2, the fiercely funny, Academy Award® - Nominated sequel to the original hit film. In his biggest challenge since becoming the Dragon Warrior, Po must lead his friends and fellow kung fu masters, The Furious Five, on a mission of epic proportions to defeat his most threatening rival yet!